exhibitions and events
Want to go back?

◎ The more you see, the more you know by Yogesh Barve, Exhibition co-curator (2019)
For: Intervention for Dígitos y Átomos exhibiton at Dilalica Gallery, Barcelona

◎ Unknown Cloud on its way to Bangalore, Facilitator (2017)
An immersive artwork based on a smartphone app created by the artist duo Lundahl & Seitl; presented at the National Centre of Biological Sciences in collaboration with Srishti Institute of Art, Design and Technology, Bangalore

◎ #exstrange, Exhibition curator with Rebekah Modrak (2017)
A curatorial project transforming eBay into a site of curatorial operation, artistic production and cultural exchange, and showcasing artworks conceived by contemporary artists to be encountered as auctions by passersby on eBay; on eBay and exstrange.com

◎ The C(h)roma Show, Exhibition curator with Tara Kelton (2014)
An exhibition of artists' video and sound works taking over the walls of display televisions inside one of the shops of the retail electronics chain Croma; at the Croma shop in Indiranagar, Bangalore
Exhibition flyer here

◎ On the Upgrade WYSIWYG launch events, Event curator (2013)
Organised as part of or-bits.com exhibition activity, w/a conversation on modes of bridging online and offline publishing and distribution by AND, or-bits.com and Studio Hato and performances/reading by Jamie Allen and Sara Nunes Fernandes; at Banner Repeater, London and The Northern Charter, Newcastle-upon-Tyne

◎ Which of them went before, and which followed after, and which were together?, Exhibition curator with Tim Dixon and Cheryl Jones (2012)
Group exhibition and event series co-curated for The Event 2011, w/ works by Trisha Baga, Erik Bunger, Tom Dale, Simon Faithfull; at Grand Union, Birmingham

◎ I-Love-This-Channel, Podcast curator and editor (2010)
A week of web podcasts and blogging for the Tate Summer Institute 2010: Screen and Holes organised by Emma Hart and Anna Lucas; online and at Tate Modern, London

◎ The Listening Project: Veiled Conversation No. 9 by Pedro Lasch, Event coordinator (2009)
A listening session co-organised with Lucia Farinati for Sound Threshold ; at The Showroom, London

◎ In and out of synch, Exhibition curator (2008)
Installation of sound works by Bernard Gal, Radiomentale and recordings by Steve Reich; at Triangle Gallery, Chelsea College of Art, London


>>>
"‘I’, that is, my ‘self’, is such a normative abstraction and empty signifier. I am the hologram of the totem around which my desires, drives and dreams congregate, I am the literary artifice which allows them to put aside their differences and achieve some sort of functioning union. I, as such, do not exist: I am the populist fiction of my inner world, I function as its Civilisation. We are Civilisations of our own selves, and, as such, we rise and collapses, cyclically scarring our existential territories with the marks of recurrent apocalypses. […] As the invisible tailors of our own inner narrative and Civilisation, our intent is that of acquiring a certain degree of control over them and, ultimately, to reduce them as much as possible into submission to us." Federico Campagna, 2013. The Last Night. London: Zero Books. 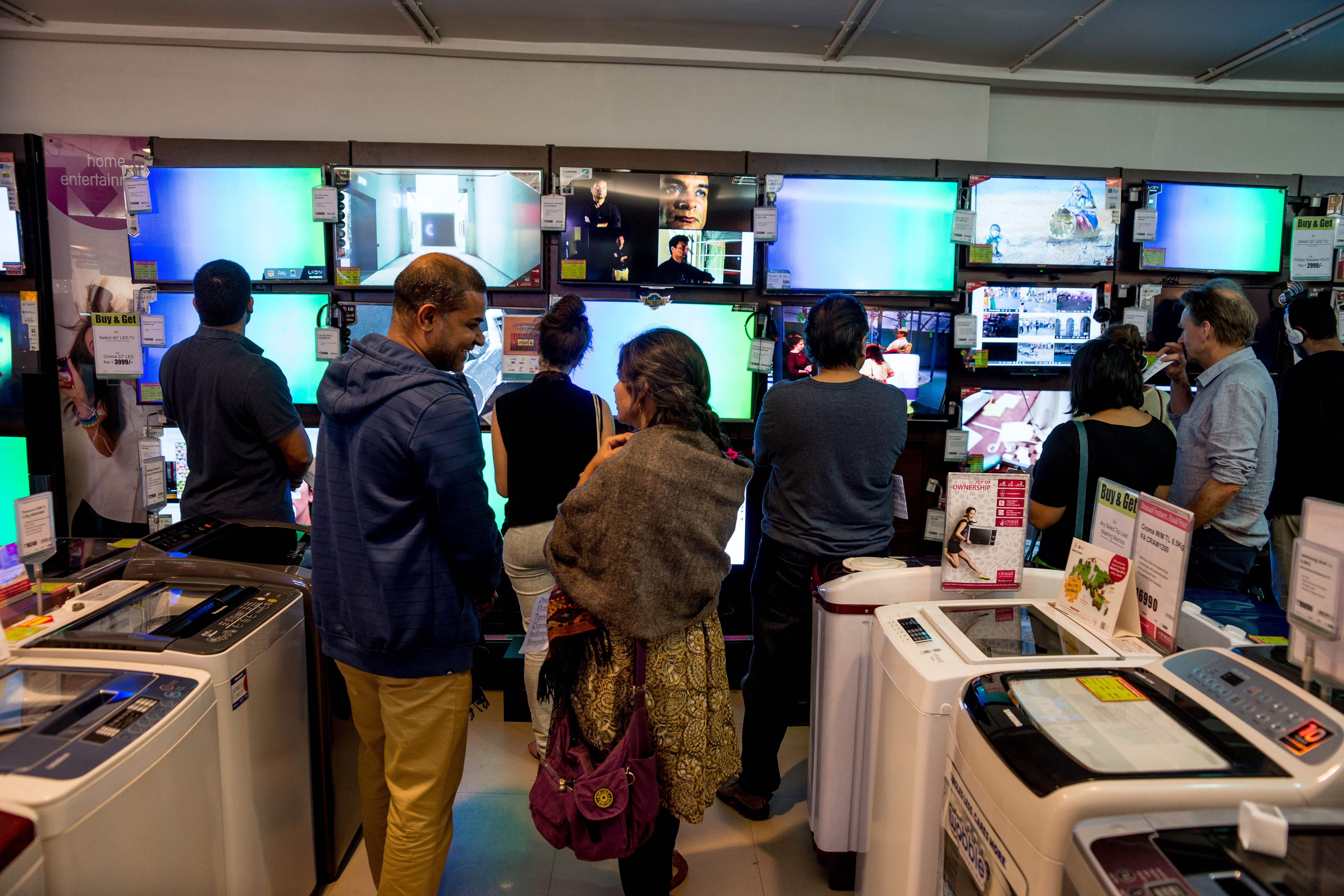 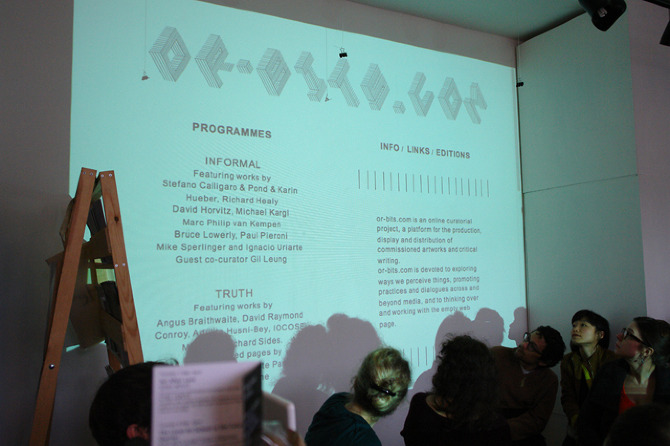 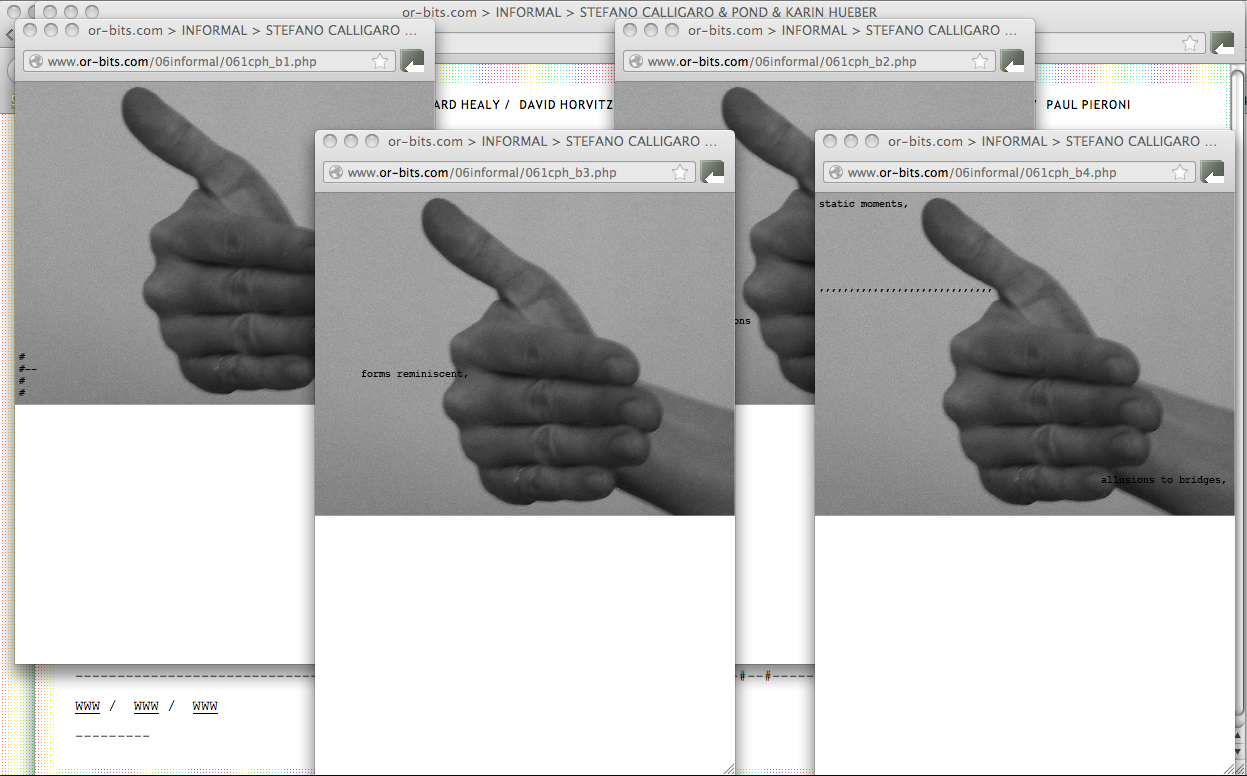 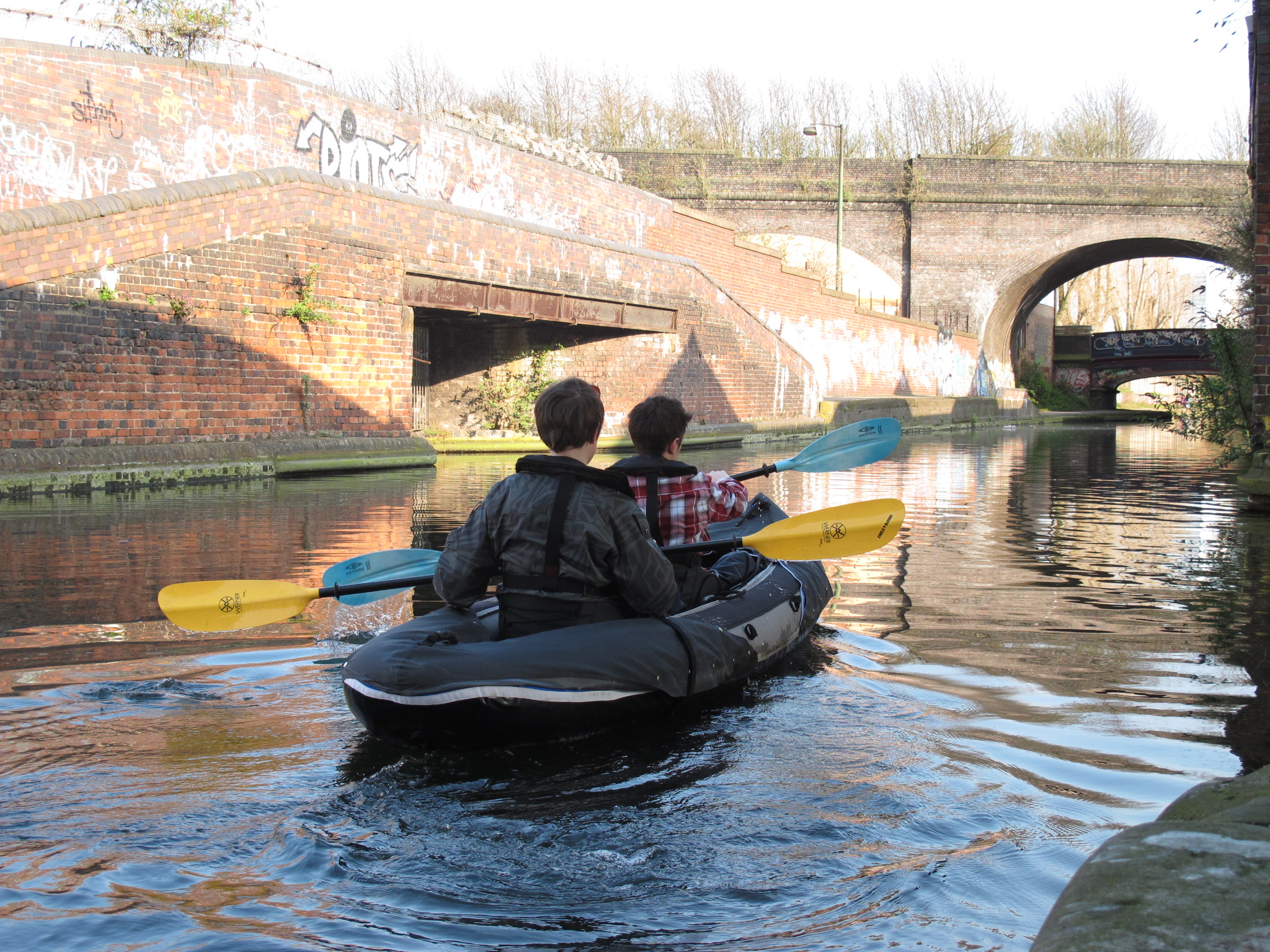 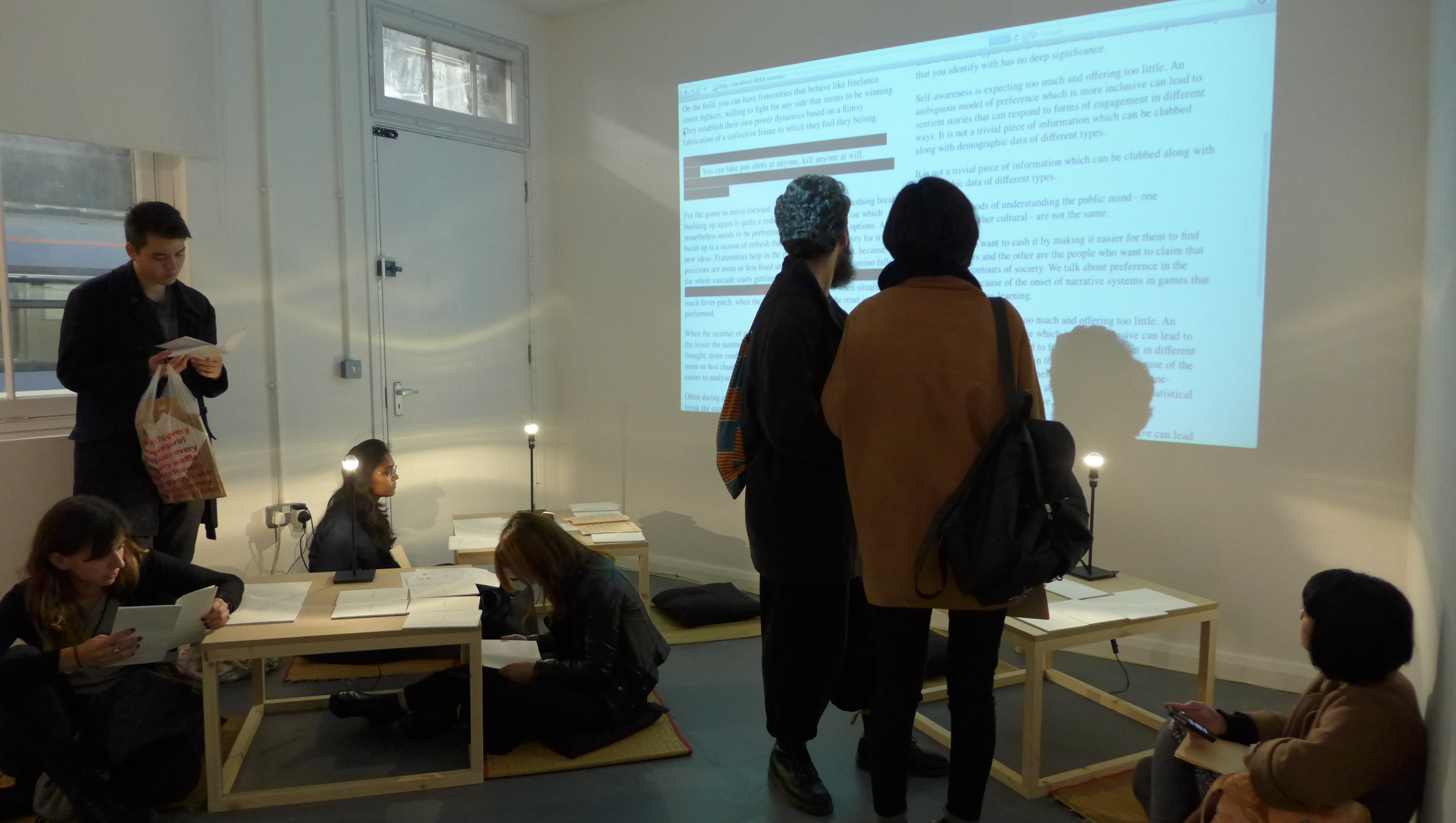 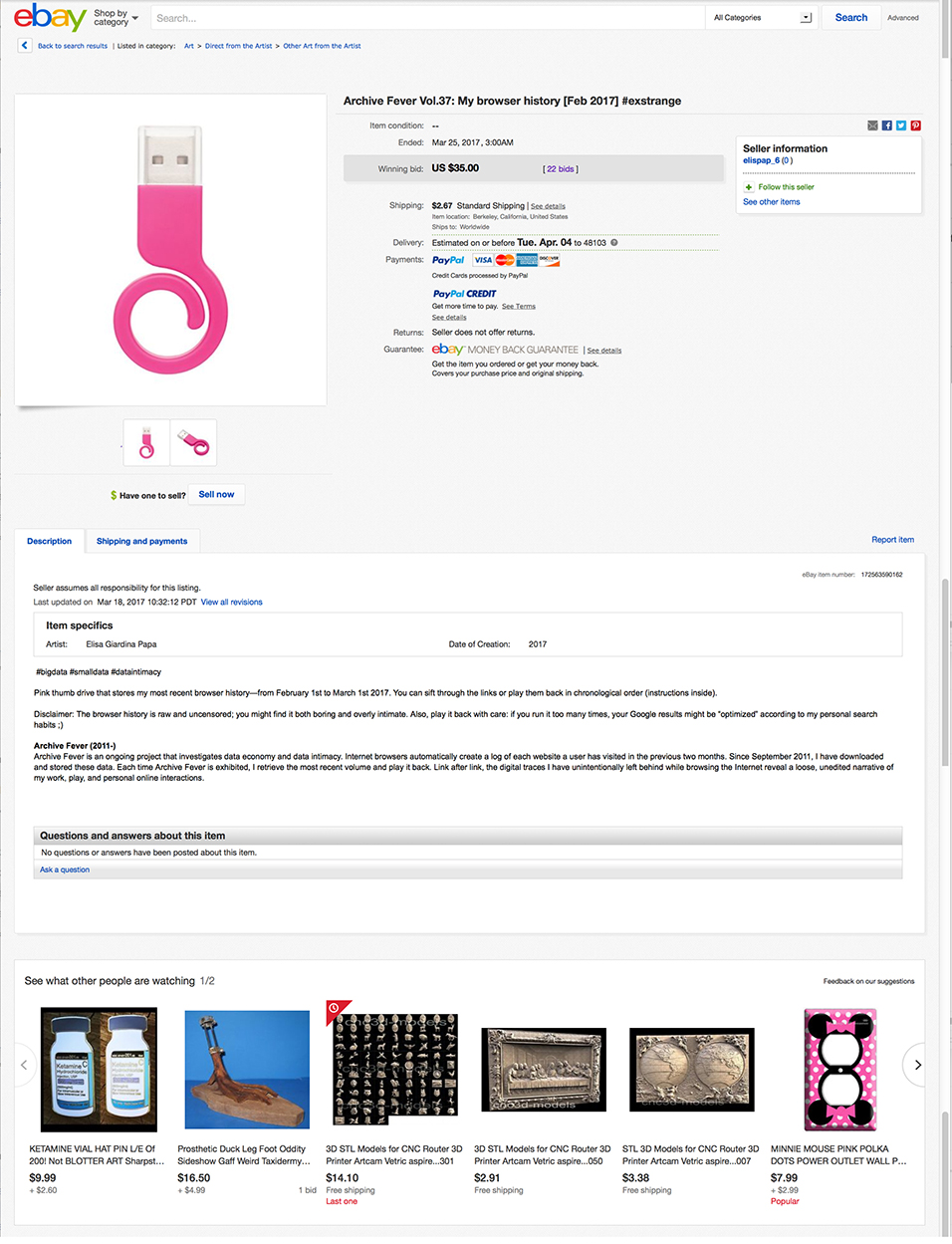